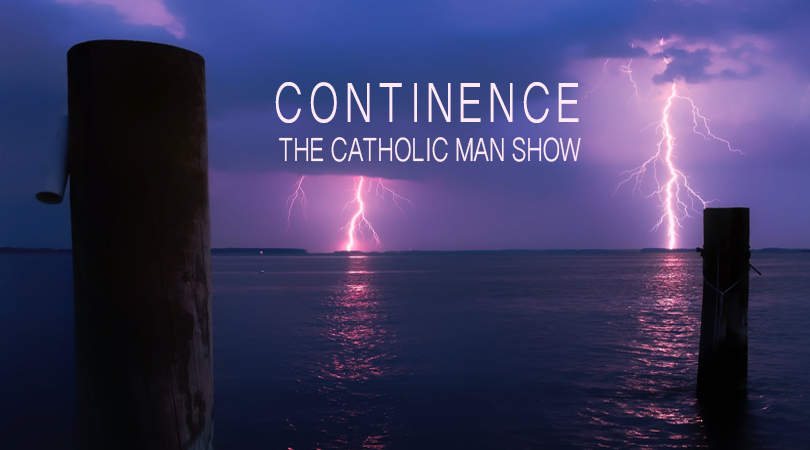 Imagine you are on a ship in the midst of a lethal hurricane. The winds are like powerful shoves from spiteful invisible foes, the raindrops are like sharp stones cast down upon you in angry, and the waves of the ocean are far-reaching and pounding upon the integrity of your ship. The mid-day sky is completely blotted out with black clouds that move, form, and seem to rush in all directions like an unutterable nightmare. Then see yourself sitting in the middle of this ship trying to thread a needle as carefully as you can. What an image! Is this not like our spiritual lives when we are trying to live according to God’s word but find ourselves in the midst of a storm? Of course it is! Jesus made it clear to us that in this world we will suffer but to rather take courage because He has overcome the world. There are so many things in our lives that, if not understood through the light of faith and providence, can serve to rob us of our peace and prayerful composure. This is why we must pray, besides a multitude of graces, for the virtue of continence – that is, the virtue of maintaining prayerful focus.

What does it mean to ‘maintain prayerful focus’? Just like the image I gave you earlier, you had pictured in your thoughts yourself sitting the middle of a stormed racked ship trying to thread a little needle with extreme focus. With all the raging of the storm or distractions, it would make it seemingly impossible for you to thread that needle. I purposefully did not give you the image of yourself successfully threading the needle but instead ‘trying to thread’ the needle. The reason was to make you recognize that the virtue of Continence is one that is practice while you fail. Think about it… we practice and fail at this all the time but just don’t recognize it in order to better learn from it. For example, when you pray the rosary… is it not hard to focus on the prayers and meditate on the Mysteries? Don’t you find yourself drifting into other thoughts in your prayers that often have nothing to do with the prayers themselves? Yes, you do. And why? Because we have not offered up our distracted minds as an offering for healing and restoration of a holy train of thought for self-edifying prayer. This is also why we sometimes fail seemingly moments after confession because we take our eyes off the ‘prize’ so to speak.

Recall St. Peter, when he noticed that it was Jesus that was walking on water when all the other disciples were frightened. St. Peter first asked to be called by Jesus to Himself, after which St. Peter leaped from the boat and began to walk on water toward our Lord! But what did he do? He took notice of the storm and began to sink. The distractions and cares of the world can cause us to doubt at times and even be tempted to despair if the “storm” is bad enough. Pray, therefore, for the graces of perseverance in the virtue of Continence so your mind may be set on holy trust in Jesus no matter what attempts to steal your focus.

We also seek out the practice of this holy virtue so that we may remain steadfast even when our passions are ‘flaring’ so to speak. We are human and therefore will always have temptations of the flesh. Remember that we are not ruled by our passions but rather reason makes subject of the passions and reason subject to God. Think of it as if you were a kingdom; God being the King, your reason like a Prince subject to the King and your passions like subjects who adhere to Prince – thus your entire “kingdom” is in proper order. This is why we must stay in constant prayer in our minds and actions so that we may obtain such a steadfast virtue so as to live a life dead to sin. In Christ’s holy name, let Continence be our armor in the barrage of unruly appetites so as to remain unscathed by that which is arrayed against our salvation. Amen.

← : Send you a gift5 ways to develop the virtue of magnanimity →