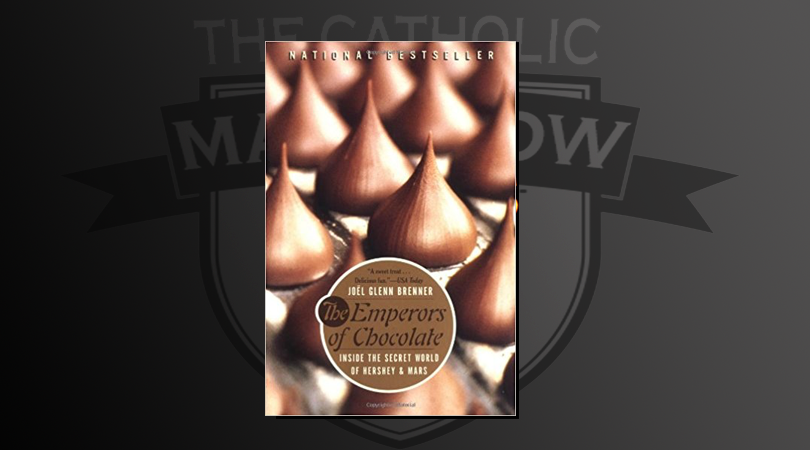 One of the many benefits of marrying up and also being married for almost 24 years is that through my wife’s monthly book club I have been introduced to some really good reads. I have to admit that it has probably been 10 years since I read this book, but I find the story has continued to stay with me. Quite frankly the two different business models used by Hershey’s and Mars as outlined in this book are about as opposite as one can find. Despite the stark differences presented, both companies have ascended to being leaders in the chocolate world.

When I read this book it was merely for entertainment value, but if you work in the business realm, you might find it a fascinating, beneficial and sometimes a downright funny read. On one hand, you have the Mars Corporation with a very rigid business model that prevented them from allowing their M&M candies to be used in the blockbuster 1980s movie E.T. because the movie about an alien was too risky/weird for their candy (insert Hershey with Reese’s Pieces into the movie). On the other hand, you have Hershey, who originally made a fortune in the caramel business, having their store display representatives asking their competing Mars representatives where they should display their chocolate (insert head scratching here). If I remember correctly, Mars told their competitor that the back of the store away from the cash register was the ideal spot!

If you are a person that enjoys nonfiction reads with entertaining content then you will likely enjoy this book. This book highlights contrasting business models along with information about corporate spying, executives of Mars having to taste test some of their pet food for quality (yes Mars is also in the pet food business), the information chocolatiers had prior to the first Gulf war in the 1990s and how Mars could not imagine why anyone would want a combination of peanut butter with chocolate. Seriously can you imagine a world without peanut butter and chocolate? In their defense, Mars owners were originally from England where hazelnut spread is much more common than peanut butter.

My reflections from reading this book are that there are many ways to approach business success. Sometimes branching out and taking a risk is worth it (Hershey risked almost everything to move from the caramel business into the world of chocolate). Hiring the right people for a job is critically important as the Hershey display representatives were literally afraid of their competing Mars representatives (in other words don’t put people in a role they are not capable of performing). Finally books about chocolate are in fact manly, but unfortunately to not curb late night cravings especially for people that enjoy sweets.

Husband, fortunate father of four and Catholic convert of 20 years.