Dating as a Catholic – Episode 47

Play the podcast at the bottom of this page

A special thanks to our Friend of the Show Christian Sakamoto for sending us Atlas Hard Cider from Bend, Oregon! We talk about wearing Catholic t-shirts and the do’s and don’t’s of dating as a Catholic.

Hard cider is a fermented beverage produced from apples. Historically, the earliest record of the fermentation of apples can be traced back to the Romans in 55 BC when they reached Kent, England and noticed villagers drinking an alchoholic drink made from apples.. From the 13th to the 17th centuries in Europe drinking cider was safer than water with 1/4 of the peoples wages were actually paid in cider.

We would love to hear from you so reach out to us on our Facebook page! We are on the Lord’s team. The winning side. So raise your glass! Cheers to Jesus!

Man Topic: Dating as a Catholic

Do you enjoy The Catholic Man Show? Consider giving us a review on iTunes! Click here –> iTunes

Want to support The Catholic Man Show? Want extra manly content? Want a free Catholic Man Show glencairn glass? Want to join our closed Facebook group? Become a Friend of the Show! Donate $10/mo to help support our show and we will send out thank you gifts! FRIEND OF THE SHOW HERE. 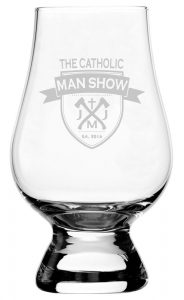 The need for silence