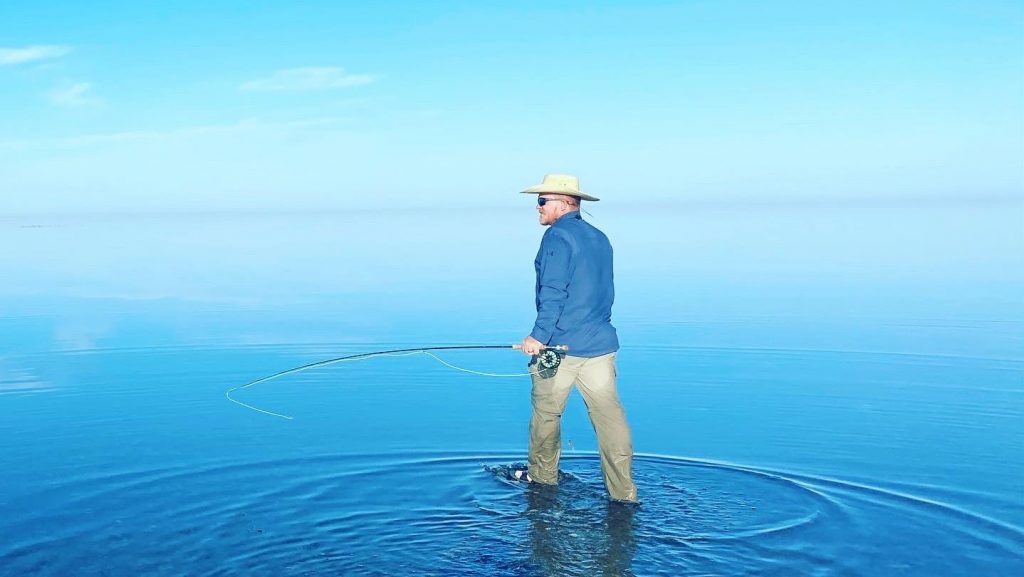 Wyoming is a Wonderland for Catholic Wilderness Camps

Sitting near Deadman’s Creek on the western bank of Willow Lake, the historic Lozier Box R Dude Ranch is a gateway to the Bridger-Teton National Wilderness. Now, it has been newly reconfigured into a venue for two distinctly Catholic summer camps being operated by Ben Christensen, founder of Catholic Wilderness Camps (www.catholicwildernesscamps.com).

The Box R was one of Wyoming’s top dude ranches, attracting would-be cowboys from around the country and internationally. In late 2020, the ranch, which had been a dude ranch for almost 100 years, was leased by Wyoming Catholic College, the upstart private liberal arts college based in Lander, Wyoming. Wyoming Catholic College is nationally known for its refusal to accept federal education dollars in order to keep its Catholic moral values untainted by federal mandates.

“The Box R is still owned by the Lozier family, but it had been out of the dude ranch business since 2013,” Christensen explained. “Wyoming Catholic College decided to lease the ranch because it is a natural extension of their outdoors-oriented mission. My good friend Kyle Clement, is the horse wrangler and an instructor of WCC’s innovative horsemanship program. Kyle is an old cowboy from Abilene, Texas, and his outfit, Monte Christo Ranching, oversees the Box R.

Kyle invited me to be part of the summer programming for summer 2021 and tasked me with developing two summer camps for young Catholic men, as well as their fathers their fathers and grandfathers.”

The first camp, from Monday, June 7 to Friday, June 11, 2021, is the Catholic Boys’ Gallantry Camp, a week-long Catholic camp that blends the dude ranch model with a traditional summer camp.

Christensen said fathers and grandfathers, while not required to accompany their sons or grandsons, are encouraged to do so.

The cost of the Catholic Boys’ Gallantry camp is $1,399 for boys ages 7 to 18, with $499 for each additional brother attending. The cost for fathers to accompany their sons is just $299.

This fly fishing camp is for men, ages 12 and up, who would like to learn to fly fish for—and catch—Wyoming trout on the fly.

Christensen said that, because men aged over 18 will attend the Catholic Men’s Fly Fishing Camp, any young men of the ages 12 to 17 must be accompanied by their fathers.

The camp balances daily Catholic prayers, reflections, and meditations with a thorough introduction to fly fishing.

“Campers will be afforded ample time to learn and practicing the essential fly fishing skills: fly tying, basics of fly casting, and trout techniques such as nymphing and streamers,” Christensen added.

The fly fishing camp is geared towards Catholic men who are students or professionals and have an interest in fly fishing and the outdoors.

The cost for the Catholic Men’s Fly Fishing Camp is $1,499.00 per person, and $499 per additional camper if attending with friends or relatives.

“The Box R Ranch has something a lot of other camps can’t claim,” Christensen said, “like proximity to the Green River, Snake River, and various streams in the Wind River Mountain Range. And horses and group transportation are available for exploring different water around Box R.”

Christensen, an experienced fly fisherman who has caught everything from small native Yellowstone and Rio Grande cutthroat trout to snook and tarpon, is the camp’s primary instructor.

Christensen and Clement both hail from Texas ranching families that span the generations back to Texas’ Republic days. And, like a lot of cowboys that history has forgotten, they are devout Catholic men.

“Catholicism, especially the Thomistic understanding of the Faith, keeps guys like me going back to the outdoors,” Christensen said. “Catholic Wilderness Camps is all about getting Catholic men and boys into nature and encouraging them to see God’s natural order. It is about helping men towards a fuller development of the Cardinal Virtues: fortitude, prudence, justice, and temperance.

“There is a need for Catholic men and boys to step up and be bold without being too rowdy, tough without being too mean, and to be unafraid to lead a Rosary before Mass. They also need to learn to thrive outside,” Christensen continued. “So, we collaborated and devised Catholic Wilderness Camps as a means to those ends.”

Full license is granted for use of this material in part or whole. www.catholicwildernesscamps.com

← Book Review: Church of Spies The Pope’s Secret War Against HitlerFitness and Virtue – A Master Class with Pat Flynn →