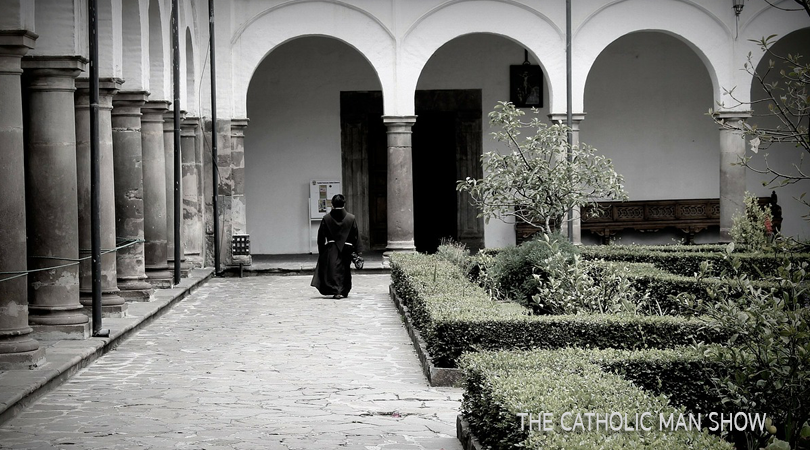 A look into the Franciscan and Dominican Orders

What I imagine some do not understand about Catholicism is that there is not just one way to worship Christ as a Catholic. That may come as a surprise to the many practicing and veteran Catholics reading this but it is true. Now there definitely is a right and wrong way to worship Christ as a Catholic but there is not just way path within the Church to please God. I am of course referring to different spiritual disciplines that can be practiced which are still in accord with Catholic worship. Holy Mother Church has many Orders within it but only a few are considered renowned or popular at the very least. To get a better glimpse as to what I mean, let us narrow down our discussion to two well-known Orders:  Franciscan and Dominican.

The Franciscan Order was founded in1209 by a man named Giovanni di Pietro di Bernardone who abandoned a life of luxury to devote his life to serving Christ in His Church through poverty by approval of His Holiness Pope Innocent III. It was said that Pope Innocent III had a remarkable dream about witnessing the Church crumbling to the ground but before it could fall completely to pieces it was caught and held up by a little man. This man Pope Innocent III was certain that it was St. Francis of Assisi with the new Order he has brought for the Pope’s blessing. Bernardone took on the name Francis when he turned his life over to Christ in the service of the Church. His was the spirituality of humility and ‘Seraphic’ love for God. In fact, St. Francis was often referred to as the Seraphic Father due to his unceasing acts of devotion for God as the Seraphim in heaven do. The Franciscan Order (and similar orders that sprang from it like the Sisters of St. Clare) concerns its spirituality with that of their mentor. The Franciscans live the Gospel in poverty, to work for their daily meals, to offer all they have for the poor, the sick, and the marginalized. One of the major pillars of spiritual focus for the Franciscans as mentioned previously is humility. Because the bases of all virtues are built upon humility, it is of no wonder why this Order has been able to grow at the astonishing rate from the very beginning. The Franciscans are also deeply rooted in St. Francis’ obedience to the Papacy and the Church’s hierarchy as it was understood that it was the Church that was the Pillar and Ground of the Truth – 1 Timothy 3:15. It was also a practice to reduce themselves in the eyes of the world for the sake of the Gospel. Just as St. John the Baptist said that he should decrease so that Christ may increase in the world – the Franciscans can, ironically – though they do not, boast in their ‘smallness’ for the sake of Christ.

The Dominican Order, or also known as the Order of Preachers, was approved via Papal Bull on December 22, 1216 by Pope Honorius III. This order took its name from its mentor and founder, a Spanish priest Dominic of Caleruega. This Order was primarily centered in the education of the faith as well as preaching the Gospel.

“Dominican spirituality is theocentric, Chris-tological, contemplative, monastic, priestly, apostolic, and doctrinal. Its first five qualities are common and generic; its apostolic doctrinal character is specific, setting it apart from others. Dominican contemplation seeks to sanctify the friar and also to bear fruit in the apostolate, especially through preaching, teaching, and writing.”  Encyclopedia.com,

“The principal reason why we are gathered together is that we might dwell together in harmony and have one mind and one heart in God, that is to say, that we might be found perfect in charity….Our Order is known to have been founded from the beginning expressly for preaching and the salvation of souls…. This end we ought to pursue, preaching and teaching from the abundance and fullness of contemplation in imitation of our most holy Father Dominic, who spoke only with God or of God for the benefit of souls.”

It is also through St. Dominic that we have received one of the greatest devotions the Church has ever had – the Most Holy Rosary. In fact, it was St. Dominic who battled the heresies of the Albigensians and through the intercession of Our Lady with the Most Holy Rosary, many thousands turned from their heresies and converted. It was said that St. Dominic often preached on the Rosary with great fervor and devotion so to reveal with God’s help the deep theology behind the prayers of the Rosary.

While both Orders were born within the Church – the lives of the two separate orders though seemed different – had the same goals for all that encountered them. For the Franciscans, it was through humility and selfless love for their neighbor in honor of the Gospel and in recognition to the Church. Whereas the Dominicans were considered the Hounds of the Gospel, in which they engulfed themselves deeply in the study of the Church in order that they may teach and defend the Church since it was Jesus Himself who founded the Church. Either way, though some were attracted to one Order because of their perspective on the faith – the goal was always to lead all people to salvation. Amen.

We are on Patreon now – we need men who care about their faith and want to grow in holiness. If this is you, join us and get plugged into hundreds of men across the world with the same goal in mind – to become a saint.

← Friendships of the GoodLooking for a prayer to pray with your wife? Print this off and start praying. →