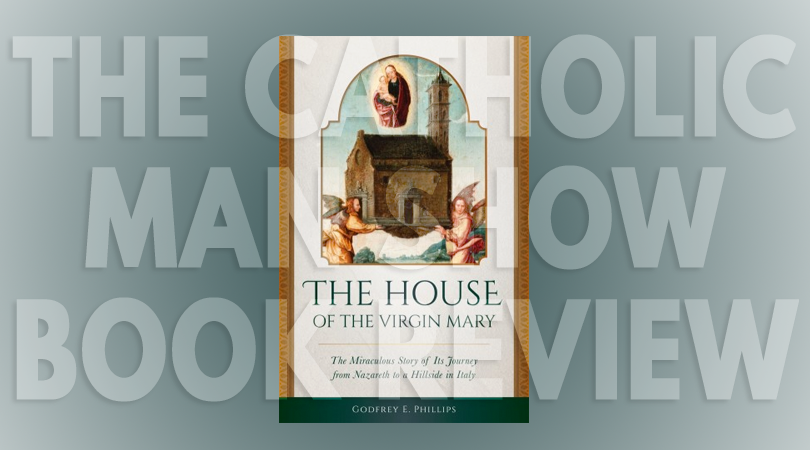 Book Review: The House of the Virgin Mary

I have not sat down and developed a written bucket list, but I know at the top of that list would be a trip to Rome, but after reading this book I would have to likely add Loreto, Italy to my register. This particular literary work was originally published in 1917 under a different title, but was revised in 2017 to clarify some of the details. I found this story to be enjoyable and not without some controversy, but over-all I think it is worth a read as it has sparked curiosity in me which has led me to further research this topic.

On the official Catholic Man Show technical scale ***I rate this book at a 5 out of 10 as parts of the fourteen chapters require some extra time to read, process, and research while other sections read quite leisurely and comfortably. With it being winter and quite cold as I write, it occurs to me that this would be a good book to read with a nice hot fire going and your favorite beverage of choice. Perhaps even better, it would be a good book to read with your friends as I am sure it would spur some thought-provoking and lively discussion.

I was a little surprised that over my 22 years as a Catholic I had never the story of the Holy House of the Virgin Mary, but the older I get I seem to learn, or rather, relearn something new daily. Suffice it to say, I was almost stunned to discover that the home of Our Blessed Mother, the Holy Family, and further the very site of the Annunciation is thought to be in the town of Loreto. Not only is this house in Loreto, but pilgrims, including popes and saints, have visited it.

So how did this home get from Nazareth to Loreto? Well, tradition holds it was the work of angels, but in a twist or two, it was not a direct trip. As the book explains, the Holy House appeared in Tersatto, Croatia on May 10, 1291, and was “translated” or moved there overnight and was simply present where no building had been the day prior. It is not without curiosity to note that this home was moved to Croatia just eight days prior to the “Saracens (Muslims) capturing Acre (a crusader- controlled city in Israel) such putting an end to any further Christian rule in Palestine.”

Adding to the intrigue of this story is that on 12/10/1294 the house disappeared from Tersatto, but before it did some interesting events occurred. For one, a very holy man named Alexander de Georgio, who was devoted to the Virgin Mary, but unable to visit the home due to infirmity had Mary appear to him stating “Be of courage, my son! Know that the house which has lately been brought to your land is the same in which I was born and brought up.” She goes on to report that this home was the location of the Annunciation and that Peter consecrated the altar that is present in the home. There are other astonishing details that Our Blessed Mother reported to Alexander and to no surprise, as she promised to him in her appearance, his many year ailments resolved once her visit to him was concluded. Note, her promise to him was that he would be healed of his ill health as proof that the home in Tersatto was indeed her home! Another reported phenomenon is that the “Archangel Gabriel appeared and made a similar revelation to a holy widow of Tersatto, named Agatha, on whose ground the House was placed.”

When the house disappeared from Tersatto on 12/10/1294 where did it end up you ask? The book references two literary works one titled History of the Holy House (published in 1597) and the other the History of Loreto (published in 1608) which were both written by Father Horace Torsellini, S.J.to answer this question. Originally the Holy House was placed in the woods in the “territory of Recanati (in Italy) on the morning of 12/10/1294” and there it remained for approximately eight months. In August of 1295, the Holy House moved to a hill not far from its place in the woods and that hill was owned by “two brothers of the Recanati with the name of Antici.” Torsellini suggests that the house was moved out of the woods as God saw that pilgrims were having a difficult time visiting the home in the woods because “notorious wretches of desperate boldness” were “ambushing, robbing, and sometimes murdering” unsuspecting visitors to this Holy Home.

Unfortunately for the two brothers, the sin of greed came in to play and God once again had to intervene to remedy the situation. According to the author, the two Antici brothers at first kept “the most sacred House godly and devoutly”, but “they began to covet the sacred gold and silver (located in the home) such that they began to disagree with more than brotherly hatred.” As one can imagine, the feud progressed and the brothers wanted to kill each other to settle who “owned” this house outright. Once again, our Lord in all of His wisdom stepped in and prevented bloodshed between the brothers by moving the Holy House to its final and current location.

The final translation of the home is said to have occurred within a year of its arrival in Italy and it was placed on a road that leads to the town of Recanati, about “two miles from the sea.” As the book continues from this point, it lays out a convincing case that the home in Loreto that we can visit today is truly the Holy House of the Virgin Mary. For one, visitors from Croatia came to Italy to visit the house and “acknowledged it to be the same” as the home, they saw in Croatia and “sighing with the desire they had to see their lost treasure, thus began to bewail their late loss.” Also, sixteen men described by the author as “honorable for faith, religion, and authority” were sent to both Croatia and Nazareth to measure and evaluate the previous sites of the home and they found the impressions left by those homes to be the same size as the Holy House of Loreto.

Today if we were to visit the Holy House, we would find it inside the Basilica della Santa Casa in Loreto, Italy. As the book outlines, the house has been visited by many pilgrims over the years including St. Francis Xavier, St. Ignatius, and St. Thérèse of Liseux. The author recounts that the Little Flower visited the home with her father and sister in 1887 and wrote some very powerful words after visiting the Holy House. One small part of her reflection after visiting the home states, “our greatest joy was to receive Jesus in His own House, and thus become His living temple in the very place which He had honored by His Divine Presence.” The author also acknowledges three other pilgrims that bear “testimony to their belief in the Holy House” and those are Saint Peter Canisius, venerable Cardinal Baronius, and St. Alphonsus Liguori.

This literary work is not short on miracles related to visits to the Holy House of Loreto. As the author relates, “Pope Pius II was seriously ill but found his health to improve the closer he journeyed toward the home in Loreto” and his successor, Cardinal Pietro Barbo was healed of the plague after visiting the Holy House. These are just two examples of healing that occurred upon visits to the home; however, an exorcism that happened in the Holy House also provides some pretty strong evidence for the home being the actual home of our Mother Mary. The author cites the testimony of Blessed Baptist of Mantua with regard to an exorcism he witnessed on July 16, 1489. Basically, during the exorcism, Mary compelled a certain demon to not only reveal his name but also to tell the truth about the home in Loreto being her home. The book explains in better detail what exactly happened, and I have to admit it is a very convincing section.

As you might imagine, there is some discussion as to whether the Holy House of Loreto is the actual home of the Virgin Mary, but I can tell you this book is full of information that leads one to believe this is truly the home that our Lord lived in during his formative years. If we know anything about our Catholic faith, we know that it is mysterious at times and sometimes difficult to understand, but that doesn’t mean it isn’t true. To be honest, there is nothing I read in this book stating that as Catholics we have to believe that this is the actual home of the Mother of God (I should note, however, that an entire chapter of this book, is devoted to Papal statements in support of the Holy Home of the Blessed Virgin Mary), but could God in all His wonder have preserved this home for our benefit? Sure, He could, so when the weather starts warming up and you find yourself making that summer vacation list, might I suggest Loreto, Italy.