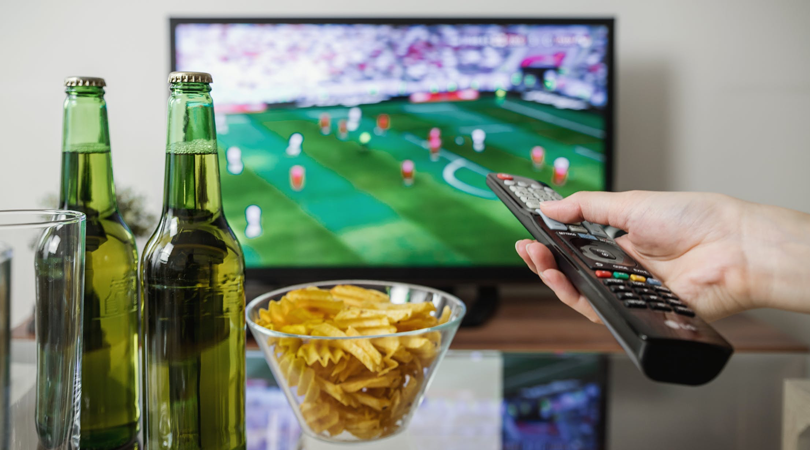 A few months before I was born, my father met a stranger who was new to our small town. From the beginning, Daddy was fascinated with this enchanting newcomer and soon invited him to live with our family. The stranger was quickly accepted and was around to welcome me into the world a few months later. As I grew up, I never questioned his place in our family. In my young mind, each member had a special niche. My older brothers and sisters were my examples. My younger brothers and sisters were my helpers. My parents taught me to love our faith and to live it. But the stranger was our story teller. He could weave the most fascinating tales. Adventures, mysteries, and comedies were daily conversations. He could hold our whole family spellbound for hours. If I wanted to know about politics, history, or science, he seemed to know it all. He seemed to know all about the past, the present, and seemingly could predict the future. The pictures he could draw were so lifelike that we would often laugh or cry as we watched. He was like a friend to the whole family. He took Dad, my brothers and me to our first major league baseball game. He was always encouraging us to see the movies and even made arrangements to introduce us to several movie stars. The stranger was also an incessant talker. Although Dad didn’t seem to mind, sometimes, while the rest of us were enthralled with one of his stories of faraway places Mom would quietly get up and go to her room and pray her Rosary. I often wonder now if she prayed that the stranger would leave our home. You see, my dad ruled our household with certain moral convictions. But this stranger never felt an obligation to honor them. Profanity, and most of all, blasphemy, were never allowed in our house—not from us, nor from our friends or adults. Our longtime visitor, however, used occasional inappropriate and even blasphemous words that burned my ears and made Dad squirm. To my knowledge, the stranger was never confronted. My dad didn’t permit us to smoke or drink in his home. But the stranger felt like we needed exposure and “enlightened” us to other ways of life… other ways of thinking and acting. He showed us how fun, mature and rewarding beer and other alcoholic beverages can be. He made cigarettes look tasty. He talked freely, openly, and often about impurity. His comments were sometimes blatant, sometimes suggestive, and generally embarrassing. I know now that my early concepts of the man/woman… husband/wife relationship were influenced by the stranger. As I look back I believe that it was only by the grace of God and my guardian angel that the stranger did not influence us more. Time after time he opposed the values of my parents and our holy faith. Yet he was seldom rebuked and never asked to leave. More than thirty years have passed since the stranger moved in with our young family. He is not nearly so intriguing to my dad as he was in those early years. But if I were to walk into my parents’ home today, you would still see him sitting over in a corner, waiting for someone to listen to him talk and watch him draw his pictures. His name? We always just called him TV.

← Book Review: Reform Yourself! How to Pray, Find Peace, and Grow in Faith with the Saints of the Counter-ReformationKarlo Broussard, from Catholic Answers, joins us on location →