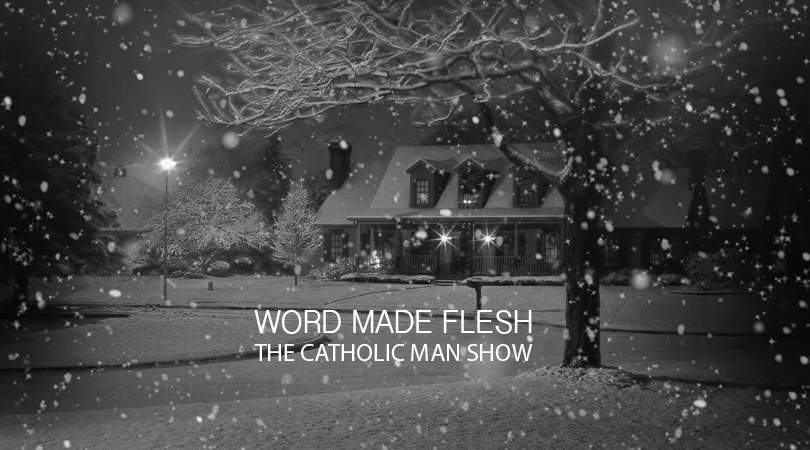 How are we not in awe of what God has done for us? We are in the season of preparation, of watching, and hopeful anticipation – namely, Advent. We are reminded of not only Christ’s birth but also His impending Second Coming where all shall be put in its place by His judgment seat. But for the sake of His arrival into our hearts come this Christmas – we await His birth as in that fateful night St. Joseph and Mary entered into Bethlehem seeking a room to stay. The Nativity, as we know, is the actual birth of Jesus Christ – Truth God and True Man, divine yet man. The Fathers of the Church and saints before us tell us that God came to us not merely for the sake of reclaiming the world from the tyranny of Satan but because of love for man. You see, God does not just love, He IS love – love emanates and invades all corners of the universe. Love reaches far and wide and overflows in an abundance that our finite minds couldn’t possible fathom. This is why, when God created man, He did so not because He needed us but because He wanted us. Some have asked if God would have come in the flesh to dwell among us even if Satan had not sullied Adam and Eve in the Garden of Eden. The answer is yes, even if Satan had not deceived our first parents and aided the infiltration of sin and death in our world, God would have still come in the flesh to dwell among us. For how could it be any other way? God the Father, God the Son, and God the Holy Ghost existed before all things and was always one. The Second Person of the Blessed Trinity had always been there but had not, until birthed by Mary, walked upon the earth as man. Could it be that all the hosts of angels were told what God would do to be in greater union with man that caused Lucifer and the other apostate hosts to reject serving man – that God would lower Himself and appear as one of His creatures? Quite possibly so but the fact remains that Jesus came to us because of God’s great love for us.

Even if there was no need for the great sacrifice of the Cross, our Lord Jesus Christ would have come and dwelt with us. But this of course was not the case, out of love, Jesus came to us but also to wage the great battle against the kingdom of Satan in the earth. It never fails to amaze those who truly ponder the wonders of God. Think of this clearly – God, the star breathing, almighty and everlasting Lord of all things housed Himself in the womb of a woman. God then took on the flesh and blood formed inside the tabernacle of Mary and was born as if He were a regular baby. How astonishing that God would choose to come to us in such humility as to enter our world as a babe in need of his mother! Just imagining all of this really puts a perspective on how you should prepare for Christmas, doesn’t it? Sure, we like to decorate the house and Christmas tree and bake Santa cookies but shouldn’t we make time to recognize the ‘reason for the season’? Just think about it – The Word was made flesh and dwelt among us – Jesus is the bread of life that came down from heaven to us – The infant Christ was laid in a feeding trough shortly after His birth in a town called Bethlehem which means “House of Bread”. So you say you want to honor Christ this Advent and Christmas? How about going to Holy Mass with new eyes in seeing Him truly present on the altar Body, Blood, Soul, and Divinity?! Amen. Amen. Amen!

← Waiting for ChristBe a Joyful Man →