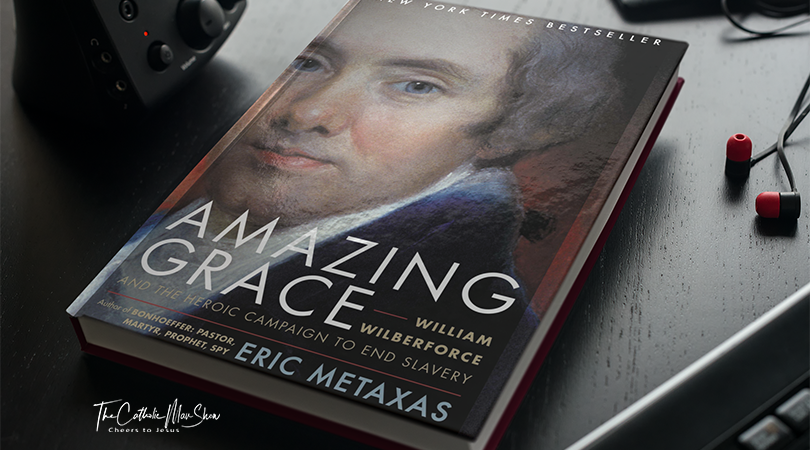 In the study of history, the year 1807 doesn’t stand out. But for hundreds of thousands of enslaved Africans, it was deeply meaningful. It was in 1807 that England banned the slave trade. This came about through the persistence, boldness, and Christian faith of William Wilberforce. His life is detailed in the book, Amazing Grace: William Wilberforce and the Heroic Campaign to End Slavery by Eric Metaxas.

A staunch Methodist, the work of Wilberforce changed the way people thought about the dignity of slaves and the practice of slavery. Largely unseen by the British people, roughly 3,000,000 human persons were taken from their homes in Africa and brought to the West Indies. Wilberforce recognized that the practice of slavery was obviously terrible for the enslaved but it was also bad for those who worked in the industry. Many in the slave trade backed into it or were forced into. William Wilberforce worked over 20 years to shine a light on the barbarism of it all.

Numerous lessons can be taken from the life of Wilberforce to our modern day. Throughout the book, I could not help but think of the modern abortion industry which, day after day, continues to dehumanize the unborn. Wilberforce drew attention to the evil of the slave trade by emphasizing the humanity of the slaves and by using graphic descriptions of the middle passage in which half of the slaves died on the ships and were thrown overboard. They were also forced into cramped conditions where sickness and suffocation were the norms. Wilberforce and his allies were not afraid to open the eyes of the people to the evils they were tacitly endorsing.

For the men of today, Wilberforce is a model of faith in action. He was born into a comfortable, well-connected life but following a conversion in his 20s, he changed the course of history. Christ was the center of his life and that dictated his politics, his friendship, and his cause. He took penance seriously and studied God’s Word voraciously all leading to a virtuous life in politics and in his family.

Eric Metaxas has done the world a great service in bringing this story to light.

Pick up the book here.